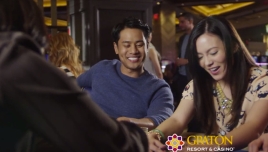 LAST MONTH (April), Puneet completed his role as MARK, on the feature film “SMILE AGAIN, JENNY LEE (PUNEET’S IMDb), where he played the ex-boyfriend/manager of the tennis superstar Jenny.  He also worked on several tech industrials & commercials, most of which he signed NDAs for.

CURRENTLY, Puneet is involved in a variety of commercials and print projects as well as his STREAMING PODCAST/MIXTAPE (ON REVERBNATION).  He just finished walking the runway for the Silicon Valley Fashion Week representing San Francisco’s premier clothing line, Betabrand, and is about to start production on two Bay Area feature films:  “Finding Compas” and “Gold Mountain”.

LASTLY, Puneet will be performing on stage at the Lesher Center in Walnut Creek on June 19 in a BALLET PRODUCTION OF “CINDERELLA” (TICKETS.COM) before starting rehearsals for the touring musical “IN AND OUT OF SHADOWS” PRODUCED BY THE SF YOUTH THEATER.

You are currently reading LATEST UPDATES at PUNEET records.